Beaconsfield Gold Mines - In 1869 gold was discovered close to Beaconsfield and the town boomed after mining began in 1877.

The Bay of Fires Winery is nestled in lush towering woodlands along the banks of the gentle Pipers R...
Image thanks to: Tourism Tasmania & Kevin O'Daly

1890 Jackass Steam Boiler - used in the boiler house of the Beaconsfield Gold Mines.

A gold mine in the heart of wine country.

Located on the western banks of the Tamar River, Beaconsfield is the perfect escape for a wine lover looking for history. You'll find architectural gems in this cool-weather wine country town as well as unrivalled natural beauty.

Beaconsfield is in the Federal Division of Lyons and is just 40 minutes north of Launceston by car. Devonport is just an hour's drive away while Hobart is a 3-hour drive to the south by land.

Beaconsfield is now a small town on the western banks of the Tamar River, but it was not always small. The town's incredibly deep gold mines made Beaconsfield the third largest town in all of Tasmania at one point. The gold mined from Beaconsfield played a key role in Tasmania's growing economy and helped shape the island state into what it is today. Now the major attraction of its mining days is the Beaconsfield Mine and Heritage Centre.

The all-timber Trinity Church draws architecture lovers from all over Tasmania. You'll also be able to indulge in some of Tasmania's best cool-climate wines as well as the Narawntapu National Park and Greens Beach while in Beaconsfield.

You may find yourself crossing through Beaconsfield as you explore the Tamar River and its cool-climate wine region. You'll also have to cross through this historic mining town on your way north to the coastal Narawntapu National Park, Briggs National Reserve or Greens Beach. And Beaconsfield contains one of Tasmania's richest historical museums -- The Beaconsfield Mine and Heritage Centre. The museum is a historical destination unto itself.

Tasmania's Tamar Wine Region attracts wine lovers from all over the globe. Beaconsfield is in the heart of this sprawling and hilly region. History buffs are also attracted to Beaconsfield for its prominent role in Tasmania's developing economy as one of the state's largest gold mines. And this pretty little riverside town is the perfect escape for leisure seekers looking for a slower pace of life near Narawntapu National Park, Briggs Regional Reserve and Greens Beach. Image Credit: Tourism Tasmania & Tim Hughes (Shaft Gold Heritage Museum) and Supplied Courtesy of Frogmore Creek (Vineyard)

This once booming town offers a variety of hotel accommodations. You'll be able to find three-star through five-star hotels that should suit the need of any traveller's budget.

Beaconsfield boasts the world's first commercial seahorse farm. Aptly named Seahorse World, it can be found in nearby Beauty Point. The 1907-built Trinity Church is an architectural marvel. The all-timber construction is exceptionally beautiful on the inside.

You can also visit the Bruen Waterwheel in Beaconsfield. Bartholomew Bruen completed the wheel in April of 1880 to power a 10-head stamper battery. The battery was eventually expanded to 20 heads for the purpose of crushing quartz. The waterwheel is now a point of pride for Beaconsfield residents.

There are a variety of restaurants down on the banks of the Tamar River that give you unrivalled views as well as fresh seafood. There are also a variety of wineries in the area that serve up treats designed to bring out the flavours of the area's cool-climate wines.

Gold was discovered in Beaconsfield in the mid-1800's, but the gold rush in Victoria kept prospectors up on Australia's mainland. It wasn't until the late 1800's that Beaconsfield experienced its gold rush. By 1881, the Bruen Waterwheel had been constructed and Beaconsfield was the richest town in Tasmania.

The gold rush ensured that Beaconsfield became one of Tasmania's most populated towns in the early 1900's. Unfortunately, flooding from the nearby river made mining problematic and the gold rush was over by 1914. The gold mines were reopened in 1999 along with the town's Mine and Heritage Centre in 2008. Image Credit: Beaconsfield Historic Gold Mine

The Beaconsfield Mine collapse occurred on 25 April 2006. Seventeen people were in the mine at the time, of which, fourteen escaped straight away at the time of the collapse, one person was killed and the remaining two miners were rescued on 9 May 2006, after a two week long rescue mission after being trapped nearly a kilometre below the surface.

The Beaconsfield mines closed in 2012 after 62 million grams of gold had been excavated from the small riverside town. Image Credit: Tourism Tasmania & Tim Hughes (Beaconsfield Mine Heritage Centre)

Beaconsfield has a cool and windy climate. As you drive through the Tamar Wine Valley Wine Region, you'll notice large nets on the outskirts of each vineyard. These nets are to mitigate the effects of the wind coming off the river. And the cool weather allows for the harvest of wonderful Cabernet Sauvignon, Merlot and Shiraz grapes. It also facilitates the production of sparkling wines.

Beaconsfield Walk of Gold is a must-do. It takes you past banks, mines, hotels, halls and churches. It's the perfect way to experience the historic Trinity Church.

Just to the north, you'll find the coastal Narawntapu National Park. The park has plenty of beaches and coastal hikes.

Beauty Point Waterfront Hotel
Find A Rate
Situated in Beauty Point, this hotel is within a 15-minute walk of Seahorse World and Platypus House. Beaconsfield Mine &…
View More 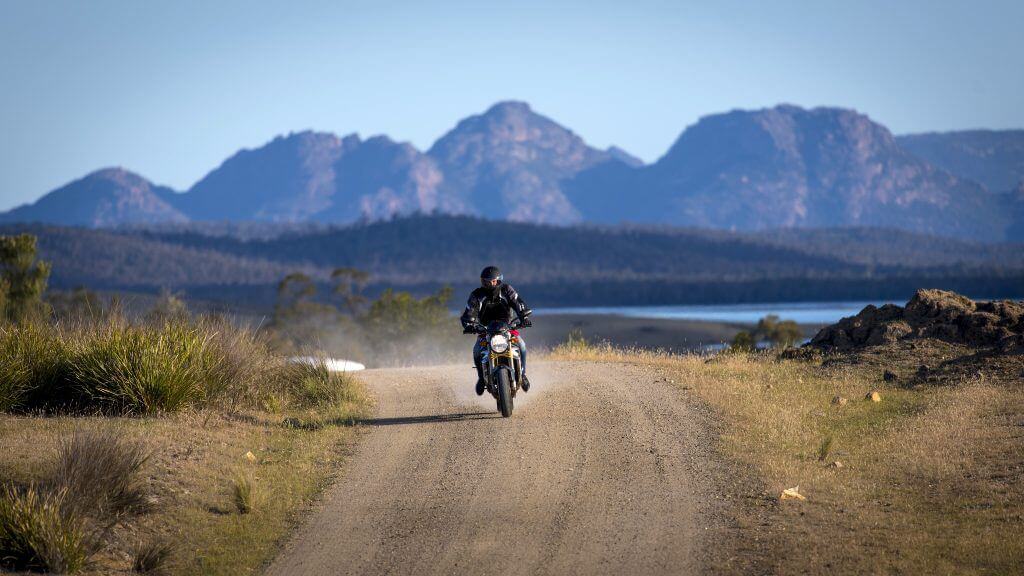