The Rolex Sydney Hobart is a 628 nautical mile yacht race that is described as one of the most gruelling ocean races in the world. The annual race begins in Sydney Harbour on Boxing Day and finishes in Hobart.
Image thanks to: Alastair Bett

The Rolex Sydney Hobart is a 628 nautical mile yacht race that is described as one of the most gruel...
Image thanks to: Alastair Bett

The Rolex Sydney Hobart is a 628 nautical mile yacht race that is described as one of the most gruel...
Image thanks to: Alastair Bett

Image thanks to: Aerial View of Hobart, Tasmania, Australia

The 71st edition of the Rolex Sydney Hobart Yacht Race lived up to its name with the most dramatic w...
Image thanks to: MCJ ack

The Yacht Race You Need to See to Believe

Once a year, Sydney’s harbour is overtaken by yachts in every direction by the Sydney Hobart race. The grand prize is the Tattersall Cup, which gives boats handicaps given size and speed. The real race, though, is for ‘line honours,’ the reward given to the first yacht that makes it to the finishing line. No doubt, however, it is a sight to see and behold from Sydney or the finish line of Hobart if one gets the chance.

Considered one of the most difficult yacht races in the world, this is one of Australia’s most beloved and anticipated events.

The yacht race starts in Sydney, Australia and takes racers all the way to the Tassie capital of Hobart, taking place over several days. The winner often reaches the finish line in less than two. With over 100 contestants, this is an extremely challenging and competitive race.

What Can You Expect

Being in Sydney the day of the race, you can expect to see a plethora of yachts of all different shapes and sizes. Watch out for the newest and best Maxi yachts, which are extremely competitive. Expect the whole city to be celebrating, with bars filled and cannons being fired.

Interested in catching the end of the race? Go to Hobart’s Constitution Dock where the fleet will arrive after finishing the race and witness local new year festivities.

The race is held by both the Royal Yacht Club of Tasmania and the Cruising Yacht Club of Australia (Sydney). The winner receives a Rolex watch--hence the festival’s name. It is extremely difficult to win and the crews of the yachts compete at the most professional level.

The race traditionally begins on Boxing Day and proceeds over the following 3 to 4 days. Winners of the race usually cross the finish line (in Hobart, Tasmania) in less than 48 hours. The race starts in Sydney Harbour and ends in Hobart’s Constitution Dock.

Not sure where to go? If you want to celebrate with the yacht’s captain’s and enjoy champagne, then you will want to go to Hobart.To get there, fly into Hobart’s international airport.

Go to the Royal Botanical Gardens for the best view of the competing yachts. For a fun time, bring food and snacks for a picnic. If you want to see the boats cross the finish line, then you will need to stay in Hobart beforehand. Most boats start to arrive 2 or 3 days after the race begins.

The race started in 1945. Since that time, its taken place every single year without missing a beat. Yacht racing can find its origins in England.

Luckily for spectators, the event only costs money for those yachts that register to compete.

How To Get There

Hobart City Hobart
$100per Participant
Hobart's iconic waterfront from a different perspective. Our 2.5-hour city paddle takes you behind the scenes of this vibrant, working…
View More
OUR PICK 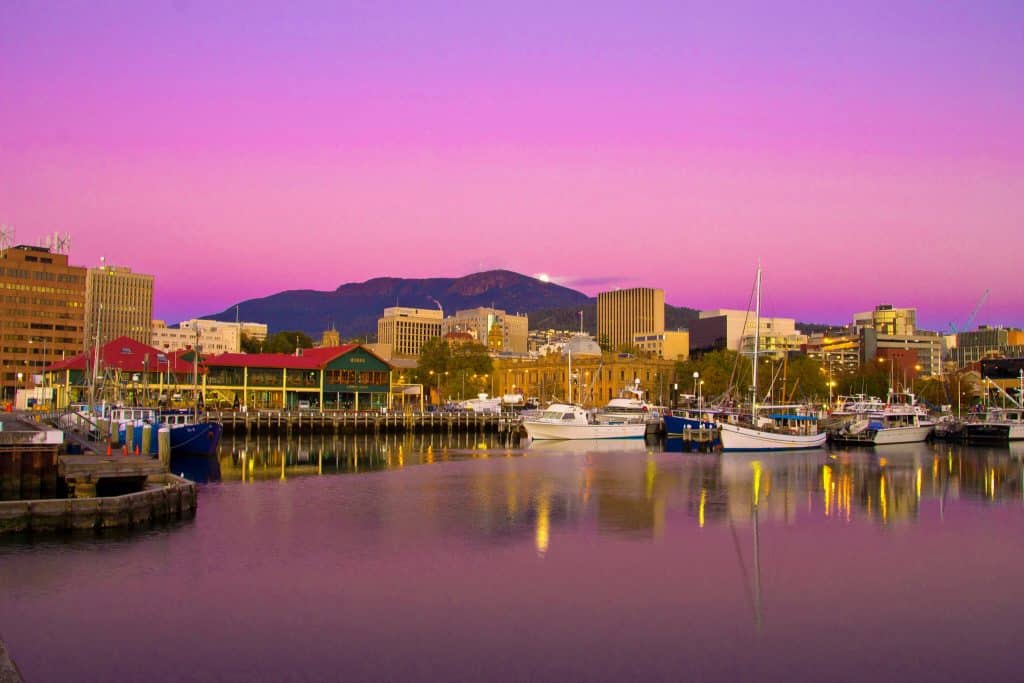