This Cradle Mountain to Strahan self drive itinerary runs across the Alpine Plateau, drives through old mining towns, then drops down to the wild west coast at Strahan. It is only in the last 50 years or so that the main roads came to this part of Tasmania. You will be driving through landscapes almost untouched by modern civilization.

While you can drive it in about 3 hours without stopping, taking a full day and poking around in the back blocks of the small towns makes for a good time of it.

This will give you a good appreciation for the early settlers who braved the weather of Tasmania’s west coast to mine for silver, lead and zinc in really harsh conditions. As you drive away from Cradle Mountain and turn west onto the C132 you will cross open moorland. The wind hardly ever stops blowing across this open patch of ground.

The weather up here can change rapidly, and the stunted trees and heather can be covered with snow at almost any time of year.

The C132 will join the A10 Murchison Highway, the main route up and down the northwest. Turn left (south) onto the A10. 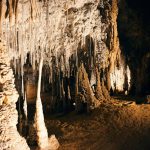 Drive south on the A10 to Tullah. The story of Tullah is the story of mining and an old, narrow gauge railway. In the 1890’s, the Wee Georgie Wood engine and its companions ran services on the narrow rails through the bush around Tullah.

Much of the original track is under the waters of Lake Rosebery these days, though part of the line has been restored, along with the Wee Georgie Wood Railway Station.

Further south is Rosebery. It was the discovery of gold in 1893 that started mining in the Rosebery area. The mineral most prevalent in the area was zinc, but it was not until 1926 that a commercially viable method of extraction was developed.

After a checkered career, the Rosebery Mine became part of the Electrolytic Zinc Company of Australia (EZ) and has been in operation ever since. As you drive through the town you will see the aerial cable railway that transports the ore from the mine to the shipping point.

Today the mine is operated by the Minerals and Metals Group Ltd (MMG) and mines zinc, gold, lead, copper and silver.

Continue south on the A10 Murchison Highway. Watch for the turn off to the right (west) onto the B27 road to Zeehan.

Zeehan sports one of the oldest names in Tasmania. When Able Tasman first discovered the west coast of Tasmania in 1642, his ships were the Heemskirk and the Zeehan.

When the township was established in 1892 (over 200 years later), it was named after one of Abel Tasman’s ships.

The West Coast Heritage Centre on Main Street in Zeehan is well worth a look. It includes the original buildings, including the old Gaiety Theatre, and will give you a good feel for the early pioneers and the development of the west coast.

The B27 road will head downhill after Zeehan, and offers expansive views out over the coastline. There are a number of turnouts for parking behind the sand dunes.

It well worth crossing the dunes to walk on Ocean Beach. This wild beach is where the “Roaring 40s” prevailing winds first hit land after thousands of kilometres of open ocean. 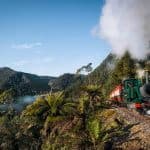 Strahan is set at the head of Macquarie Harbour, and is one of the few sheltered harbours on the west coast that can be reached by road.

Its history is one of miners and piners, the hardy men who pioneered the woodcutting operations for which the area became famous. Today it is a fishing and tourism centre.

It is always wise to book you accommodation ahead when heading to Strahan. It is a long way back to find a bed if they are sold out. One of the best accommodations in Strahan is Ormiston House. 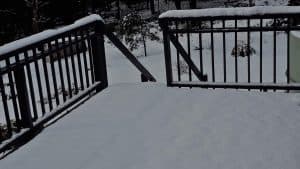 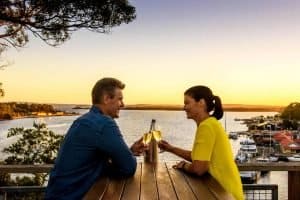 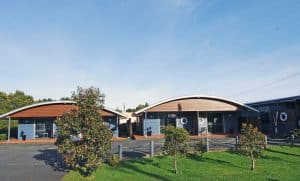 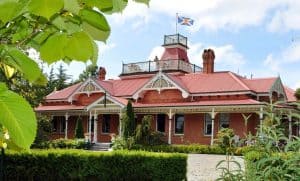 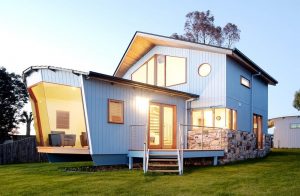