The Shot Tower - Taroona's most distinctive and important landmark. Climb the 318 wooden steps to reach the top which will give you 360 degree views across Storm Bay, South Arm and surrounding countryside.
Image thanks to: Tourism Tasmania & Kathryn Leahy

The Shot Tower is Taroona's most distinctive and important landmark, and one of Tasmania's most hist...
Image thanks to: Tourism Tasmania & Kathryn Leahy

Lose yourself in the beauty and history of the shot tower

It's easy to get lost in the beauty of the Shot Tower south of Hobart. It is a beautiful, tall and symmetrical structure that was erected in only eight months back in 1870. And for 100 years, it was the tallest building in all of Tasmania. But it's beauty belies its function. Molten lead, antinomy and arsenic were poured through the top of the tower into cooling water to create spherical shot for muskets. It was a hazardous job for a gruesome purpose, but the Shot Tower is now one of Tasmania's most visited attractions for its architectural beauty and the stunning views from atop.

A quick 20 minute drive down the Southern Outlet takes you to the Shot Tower from Hobart. Launceston sits 216 kilometres to the north which takes nearly 3 hours by car. Devonport, Tasmania's main north coast port, is 298 kilometres away and is a 3.5 hour drive.

This impressive sandstone tower stands nearly 60 metres tall and is near perfectly cylindrical. It's quite a beauty as it boasts a 10-metre wide foundation that tapers dramatically to 3.9 metres at the top. And the walls are sturdy being a metre thick.

Inside, you'll find 300 wooden steps to the top of the tower which features stunning views of the Derwent River and the Alum Cliffs. But the builder of the tower, John Moir, made the climb to the top rather easy so that workers could climb up and down throughout the day. It is said that the oldest person to make the trek was 97 years old.

John Moir's claim to fame is that the tower was built in less than a year, and you'll be confronted by an original sign that brags about the feat, reading:

"This shot tower was built by the proprietor, Joseph Moir, in the year 1870. In its erection he acted as Engineer, Architect, Carpenter and Overseer. With merely the assistance of two masons it was completed in 8 months, when the secrets of shotmaking had to be discovered. After many persevering efforts the first shot was dropped on the 8th of September 1870."

John Moir built the tower to make shot as a business enterprise. The original Shot Tower structure included a furnace, stone factory and gunpowder magazine. The toxic lead shot was brewed in the furnace before being taken to the top of the tower to be re-smelted. The toxic liquid was then poured through a metal sheet with holes in it that acted as a colander. The molten metal then dropped through the tower cooling in the air before hitting water to harden. The spheres were then checked for symmetry, sanded and polished to make the final product.

Unfortunately for John Moir, the business struggled. Other Australian ammunition makers outpaced the Shot Tower and the business collapsed in 1905. But the structure remains for everybody to enjoy and it is shrouded in a bit of mystery. For some reason, the tower has been widely reported as being 48 metres tall. It's actually 58.7 metres tall which makes for a more challenging climb and better views. 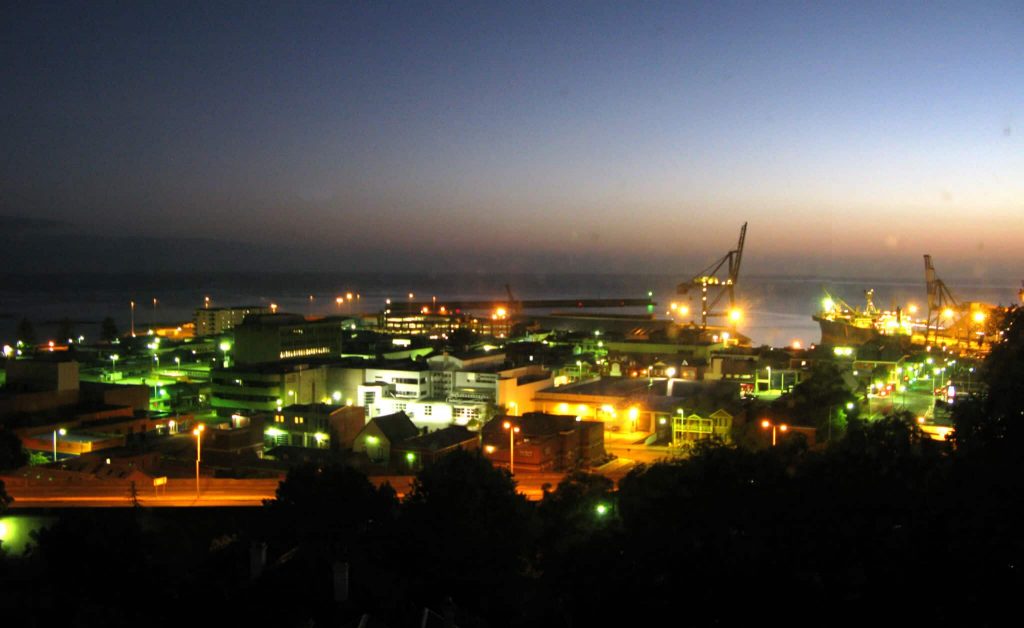