Dove Lake Boatshed at the northern end of Dove Lake. One of Tasmanias most beautiful natural attractions with stunning views of Cradle Mountain. Located in the Cradle Mountain - Lake St Clair National Park.

The Friendly Beaches form part of Freycinet National Park. Fishing, walking and surfing are popular ...
Image thanks to: Pete Harmsen

Echidna
Image thanks to: Sean Scott

The magnificent mountain of Ben Lomond is dominated by an alpine plateau over 1500 metres high and s...
Image thanks to: Tourism Tasmania and Rob Burnett

Cape Hauy - Part of the Three Capes Track.
Image thanks to: Pierre Destribats

Nature is what Tassie does best, and there’s plenty to choose from among the 19 national parks scattered around the state. Solitary beaches, bush walks, mountainous backdrops, an array of wildlife, plants and flowers: Tasmania’s national parks are a nature lover’s paradise. A holiday pass is available and gives access to all the parks anytime over the span of two months.

The Tasmanian Wilderness World Heritage Area takes up over 20 percent of Tasmania. We’re proud, to say the least, to be on the renowned World Heritage List (UNESCO) and of the abundant wilderness Tasmania has to offer. Image thanks to Tourism Tasmania & Geoff Murray.

Peace, tranquility, beauty, nature, hiking, cycling, camping, flora and fauna, the opportunity to explore off the beaten track: Tasmania is the gem that many people travelling Australia often (mistakenly!) miss off their itinerary. Despite being one of the country’s smallest states, it boasts the richest history, is known to have the cleanest air on Earth, and many say it’s home to the nicest people.

10 of the Best National Parks to Visit in Tasmania

In no particular order, because how could we possibly choose?

This old convict probation station is now a haven for wildlife lovers with over 80 species of animals and birds, including wombats, wallabies and pademelons, plus endangered swift parrots and Forty-spotted Pardalotes. As well as wildlife watching, Maria Island offers bushwalking and fishing, as well as peaceful beaches. Image thanks to Tourism Tasmania and Rob Burnett.

Freycinet is an awesome adventure destination for trekkers, kayakers, or for those just wanting to relax on secluded beaches.Image thanks to Tourism Tasmania & Andrew McIntosh.

Located in the Central Highlands, this World Heritage Site is home to the popular Overland Track, as well as many other walks and trails that wind their way through the rugged landscape.

Image thanks to Tourism Tasmania and Jason Charles Hill.

Off the north coast of Tasmania, this wild and rocky off-the-beaten-track island is the perfect place to meet the friendly locals, enjoy fresh seafood, mountainous beauty and sweeping empty beaches.

Only a 20-minute ferry from Kettering (a 35-minute drive from Hobart), South Bruny boasts coastal walks and a historic lighthouse, plus excellent bird watching with its large population of the winged creatures. Image thanks to Dietmar Kahles.

Less than 1-hour’s drive from Launceston, Ben Lomond is popular for snow sports such as skiing, tobogganing and snowboarding. The steep, weaving road up to the summit is called Jacob's Ladder and is a fun drive - with caution!

This World Heritage-listed site offers opportunities for rafting, bushwalking and climbing. The snow-capped

‘Frenchman’s Cap’ mountain is a 4-to-5-day hike to the summit. Image thanks to Tourism Tasmania & Franziska Ruetz.

The stunning Lime Bay is the perfect relaxing place to swim and enjoy a picnic in your own section of wilderness, and camping is available.

On the northeast coast, this park offers another opportunity for excellent beach views and wildlife spotting. There are over 100 species of bird including the Tawny-crowned Honeyeater, Firetail Finch and the Kookaburra.

The lookout over Wineglass Bay in Freycinet National Park. The walk takes 1-1.5 hours each way and offers expansive views over the bay from the top.

The Overland Track at Lake St. Clair National park is 65 km long, but hikers often continue the trek along the lake, making it closer to 82 km, and is listed in the Lonely Planet as one of the best walks in the world for its scenery and wildlife. The walk usually takes about 6 days.

Tours are available to explore Maria Island on a 4-day hike. Spot wombats, penguins, sea lions and more, while learning about the island’s convict history, then enjoy exceptional lookouts over the sweeping beaches.

Explore the dramatic coastal scenery at Tasman National Park with its impressive rock formations. There are different hiking options available, from the 4-hour Cape Hauy Track to the 4-day Three Capes Track.

Bikes can be hired to explore some of the national parks, and it’s a popular way to see Maria Island at just 20 km from tip to tip. Mountain biking along most trails is allowed as long as cyclists follow the code of conduct.

Who needs a zoo when you can see animals in the wild? There’s an abundance of animals, reptiles, birds and more throughout Tasmania’s national parks, and here are just a few:

Let’s start with the obvious one we’ve all heard of thanks to the popular cartoon - the Tasmanian Devil. Often hiding in the day, Devils come to hunt by night. They have an appetite for wombats and other small animals and birds, as well as roadkill and the flesh of other already dead animals.

Bennetts or Red-necked Wallabies are common. They tend to hang around campsites scavenging for food, as do possums. Image thanks to Wai Nang Poon.

The Tasmanian pademelon is also common, though also only seen at night.

Platypuses are common in rivers, lakes and streams in Tasmania and live in burrows on the river banks.
Reptiles such as the Tasmanian Blue-tongued Lizard, White’s Skink and the Southern Dragon, and amphibians such as Brown Tree Frogs.

Endemic birds (meaning they are only found in Tasmania) such as the Green Rosella, the Scrubwren, the Tasmanian Thornbill, and the endangered Forty-Spotted Pardalote.

The first section of land to be deemed a ‘scenic reserve’ was in 1863. Just over 20 years later, a section of Russell Falls was labelled a reserve too, and in 1915, legislation was passed and Mt. Field and Freycinet were deemed the area’s first national parks.

Lake St. Clair was the next to join the list in 1922. The Animals and Birds Protection Act was introduced in 1928, which was then taken over by the National Parks and Wildlife Act just over four decades later. This meant that more national parks could be established and managed, while protecting the flora and fauna within them. Maria Island and Mt. William were amongst the next to be proclaimed national parks. In 1971, a board was recruited to manage the act--the National Parks and Wildlife Service--which still manages the national parks today. Image thanks to Tourism Tasmania & Stuart Crossett.

Between 1981 and 1983, plans to construct a dam at the Franklin River were refused by the High Court, and the Franklin-Lower Gordon Wild Rivers National Park was proclaimed. This saw the first three sites to be World Heritage Wilderness-listed.

Tasmania has some really old trees...like really, really old. The Huon Pine can live to be 4,000 years old. In Western Tasmania, a small group of them have stood for over 10,000 years.

The Tasmanian Devil is the largest carnivorous marsupial in the world, at the size of a small dog.
Tasmania has over 2,000 km of walking trails.

Mount Ossa is the tallest mountain in Tasmania at 1,617 meters. Within Lake St. Clair National Park, it can be conquered as part of the Overland Track.

Tasmania has a self-cloning shrub. It’s called Lomatia Tasmanica and the oldest strands are over 43,000 years old.

Wombat poop comes in big square chunks, so although you may not see the actual wombats, you’ll know they’re nearby by this telltale sign! 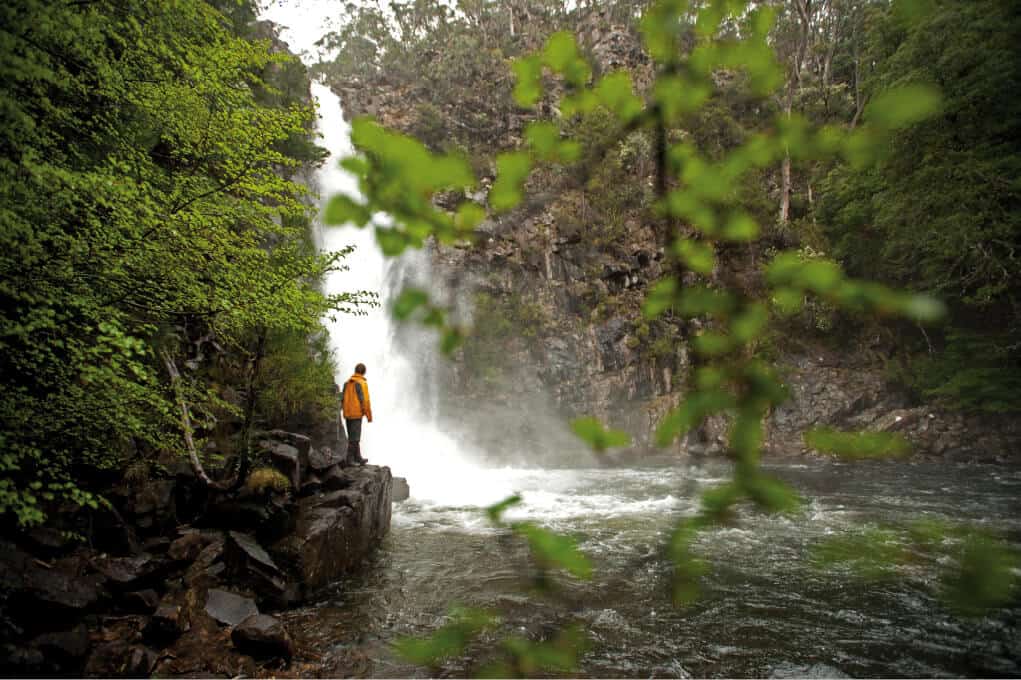 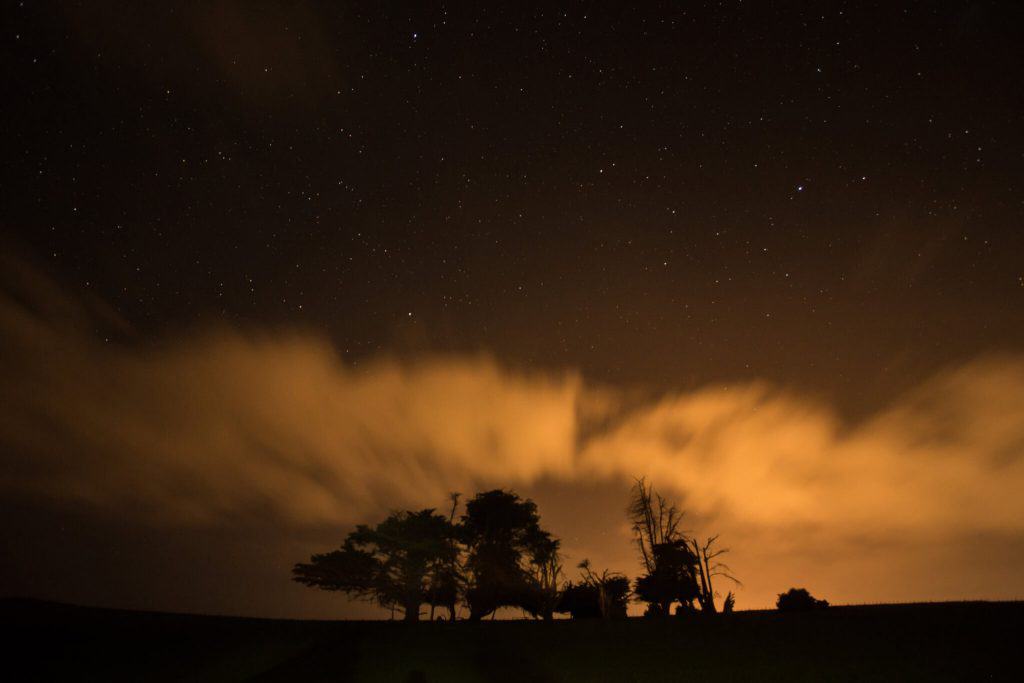