Surfing
Image thanks to: Adam Gibson

Kayaking around Tasmania
Image thanks to: Roaring 40's Kayaks

Searching for fun, adventure and a truly unique, world class destination? Then you've found the perf...
Image thanks to: Tourism Tasmania and Rob Burnett

Discover the secret side of Cradle Mountain by exploring the remote hidden canyons of the spectacula...
Image thanks to: Tourism Tasmania and Rob Burnett

Motorcycling at Coles Bay, Freycinet National Park. Part of the Great Eastern Drive up the scenic E...
Image thanks to: Tourism Tasmania and Rob Burnett

The Overland Track in the Cradle Mountain-Lake St Clair National Park is one of Tasmania's most fam...

The East Coast is the perfect place to get away for some peace and quiet, or enjoy a romantic picnic...
Image thanks to: Matt Glastonbury

The Totem Pole in Tasman National Park is popular amongst rockclimbers
Image thanks to: Tourism Tasmania & Robert McMahon

A myriad adventure opportunities await you.

Tasmania tore itself away from mainland Australia quite a few millennia ago to forge its own unique natural identity. Myriad adventure opportunities await, from feeding feisty and frenzied Tasmanian Devils to gliding off the dolerite cliffs of South Bruny Island National Park. Large swaths of Tasmania are protected from human interaction to create some of the wildest landscapes on planet Earth. And it's all waiting for you to explore with over 5,400 kilometres of coastline and scores of pristine rivers carving their way through the island. All you have to do is summon up the courage.

Franklin-Gordon Wild Rivers National Park is a Tasmanian treasure. These two rivers wind their way through a remote landscape of rain forest to carve deep and beautiful gorges. The Franklin River rages for over 125 kilometres through this pristine landscape and you can take a guided river tour to experience its beauty. Tours last for up to 10 days in the protected Tasmanian World Heritage Area.

You'll find the Tasmanian Devil Conservation Park just outside of Hobart going towards Port Arthur. Tasmanian devils are under threat of extinction due to a transmittable face cancer. These feisty creatures tend to nip at each other while feeding, which spreads the cancer. Over 70% of the wild population has been decimated and the Tasmanian Devil Conservation Park is a way to preserve this cute little creature. You can experience feeding time at the park where you'll hear the Devils shriek at each other in delight as they fill their little bellies.

Cradle Mountain-Lake St Clair National Park sits in the highlands of central Tasmania. The north side of the park, where you'll find Cradle Mountain, and the south side of the park, home of Lake St. Clair, are not connected by roads. The only way to traverse the north-south length of the park is by taking the 65 kilometre Overland Track. The trail hugs the indomitable Cradle Mountain and passes the 1,617-metre peak of Mount Ossa; Tasmania's highest point. This 6-day hike is best in summer when wildflowers bloom across the Alpine landscape.

There are no trails in the northwest of Tasmania. The entire top-left corner of the island is the largest expanse of protected cool temperate rainforest in the

world. There are no roads, trails or signs of human interaction. But you can explore this incredibly rugged area by joining a tour that guides you through the moss-covered canopy of ancient trees. You'll hike from one campsites to another learning about Tasmania's commitment to preservation. Image thanks to Pete Harmsen.

Rivers and streams cut their way through the Tarkine wilderness of the northwest to create the perfect habitat for Tasmania's freshwater lobster population. The largest freshwater crustaceans on earth, these shy giants can grow up to 80 centimetres in length while living for decades. Join a lobster-loving crew on a tour into the cool temperate rain forest of the northwest to search for these delicious little treats.

Mole Creek sits in the center of the island and that's where you'll find Mole Creek Karst National Park. Descend into the caves of this national Park to find underground rivers and a cave roof covered in sparkling glow worms. Turn off your torches to see what looks like a night sky ablaze with blue stars. You can also hook up with tours to lesser-known caves to explore the deep reaches of the island. Tasmania is one of the few places on earth where you'll find the iridescent and irresistible glow worm.

Tasmania is an epic place for mountain biking (MTB) with a variety of terrain conditions and trails for all fitness levels and ages. It has become Australia’s capital of MTB and a destination for world-class riders seeking adventure and dazzling scenery. Parks are located throughout the state and many are within a relatively short distance from the major cities of Hobart and Launceston. Blue Derby and Maydena bike park are a must for keen adventurers.

Pack your road bike to challenge yourself up the twisting road that cuts its way up to a mountainous plateau in Ben Lomond National Park. You're likely to meet a few professional riders and Olympic hopefuls training on the national park's steep roads. Take your touring bike to the north coast of the island to ride along the Bass Highway through the stunning Rocky Cape National Park covered in wildflowers with broad views of the Bass Strait beyond. Or hire a bike to stroll around Hobart to experience more of Tasmania's funky city.

The pristine waters of the east coast of Tasmania beckon divers from all over the world. You'll find forests, bountiful marine life, stunning underwater scenery and magnificent shipwrecks in Tasmania azure blue waters. Diving tours are plentiful on the north and east coasts with especially youthful dives found in the waters off of Orford and Eaglehawk Neck.

The most daring adventure seekers head down to Tasman National Park and South Bruny National Park for hang gliding. Adventure tours drive you up to

towering dolerite cliffs in some of the most remote regions of Tasmania before gliding you down safely to beaches on Pirates Bay. But gliding isn't just for adrenaline junkies. Cable gliding, otherwise known as zip lining, can be found at the world-famous Tahune Forest Airwalk. You can also find cable gliding 20 minutes north of Launceston which offers adventure for the entire family. Image thanks to Tourism Tasmania & Garry Moore.

Hiring a kayak in Tasmania is easy as waterways are abundant. Get a kayak for yourself or join a group tour down the white waters of Tasmania's interior. Or you can head to the coasts to join a multi-day group kayaking tour. This is especially popular in Freycinet National Park where adventure guides bring you out to the crystal-clear waters of the Peninsula before making camping stops on soft, sandy beaches. And if you're in the mood for a quick kayak, you can join a tour exploring the Derwent River in Hobart.

There are multiple places for an invigorating climb. The Gordon River Dam is a towering, concave structure where you can abseil 140 metres to the bottom of the dam. Rock climbing is also incredibly popular on the towering dolerite cliffs of South Bruny National Park and Tasman National Park. Dolerite is a rock only found in Australia which gives climbers an added challenge as they ascend the rock faces of some of Tasmania's most rugged and wild places.

Tasmania has a rich history of car racing. Visit the Symmons Plains Racetrack near the inland city of Launceston to jump in a V-8 racing car. You'll be briefed on safety before donning racing gear and spinning around the track for six to 10 laps. The banked professional track allows the car to get to incredible speeds that are sure to give you the rush of a lifetime.

Some of Tasmania's wilderness is inaccessible by most vehicles. You can choose to jump into a jet boat to explore one of Tasmania's many pristine rivers. Ripping down a crystal-clear river while doing zigzags and 360° spins makes the natural beauty that much more thrilling. Or you can jump into a powerful off-road vehicle to traverse rocky peaks, sandy beaches, Alpine Highlands and cool temperate rainforests. Jumping into a driving tour can take you to some of the most remote places on the island.

Much of Tasmania's west coast is still rugged and wild. So much so that you'll have to jump aboard a plane or a helicopter to experience its majestic beauty. You'll find many flights originating in the west coast town of Strahan. Choose a short sightseeing tour or take a longer flight down to Port Davey where you can experience the southern end of Southwestern National Park. It's one of the few places on earth that you can see the endangered Orange-bellied Parrot.

See All Packages
Adventure Sports and Activities In Tasmania Scuba Diving
People Who Looked At This Also Viewed... 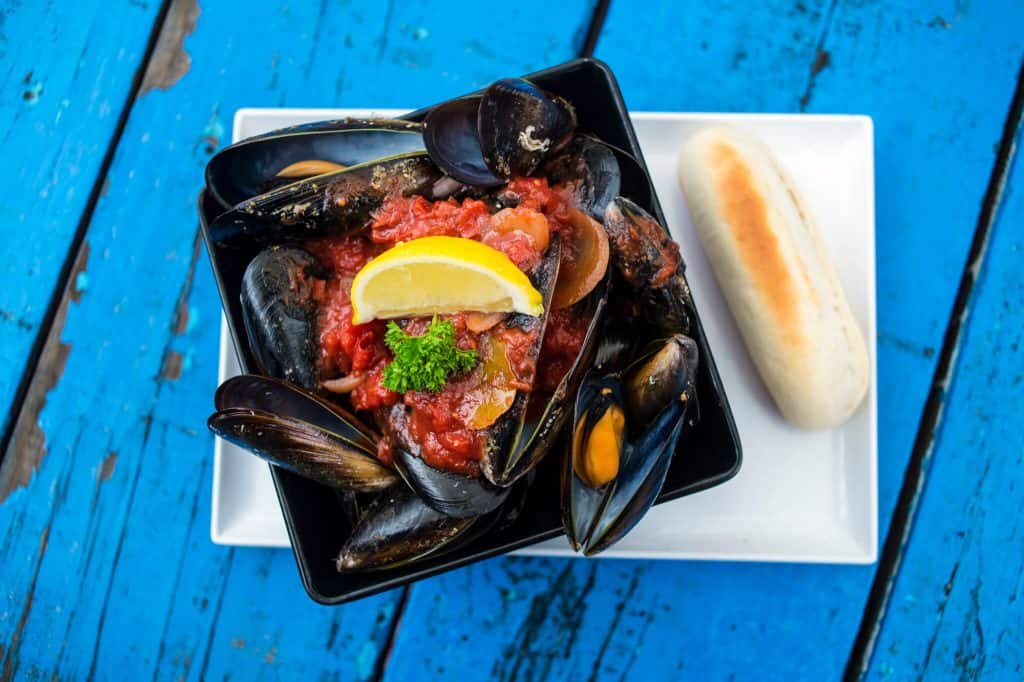