Image thanks to: The Wall Gallery, Derwent Bridge, Tasmania, Australia

Image thanks to: Wall in the Wilderness 6

Image thanks to: Wall in the Wilderness 5

Image thanks to: Wall in the Wilderness 3

Wall in the Wilderness

An Artistic and Educational experience in the Tasmanian Wilderness.

The Wall in the Wilderness is located in the small town of Derwent Bridge in the Central Highlands of Tasmania towards the west of the State. Found on the Lyell Highway, this tourist attraction is located 2 kilometers to the east of the township, midway between Hobart and Strahan.

Travelling from Hobart, Derwent Bridge is located 2.5 hours (174.5km) along the Lyell Highway towards Strahan. For visitors travelling from Launceston, it is a slightly shorter 172-kilometer journey over the Highland Lakes which includes some unsealed road but will guarantee a fantastic view into the fascinating landscapes of the central highlands. Image Credit: Tourism Tasmania & Geoff Murray

The Wall in the Wilderness receives overwhelmingly positive reviews from visitors of all interests and backgrounds. The carvings depict the history of the region as far back to when the area was inhabited by the indigenous people and forward through to the stories of pioneers and modern day hydro workers. Visiting the Wall in the Wilderness will give you an appreciation of the dedication to the area, not only of the artist who has spent many years on this artwork, but also to the people of the area who are depicted on the wall.

The Story Behind It

This fascinating piece of artwork was created from the determination and ambition of artist Greg Duncan, to pay homage to the history of the Central Highlands of Tasmania and the grit and determination of the people who make up its history.

The wall, featuring beautifully scented and rare Huon Pine, is 100 metres in length and comprises 50 double sided panels that are 1 meter wide by 3 meters tall. The wall represents an ongoing project in which the artist has sculpted the story of the area. He depicts the history right from the beginning when the indigenous population lived in the area, to the pioneers who began harvesting timber from the ancient forests. Following the pioneering era, there are images of the pastoralists, miners and hydro-electric scheme workers, shown along with the many animals found in the area and the horses who worked alongside pioneers.

Greg Duncan is the artist behind the Wall in the Wilderness. Born in Victoria’s Dandenong Ranges, Greg Duncan has been described as always having a fascination with sculpting out of wood. A self-taught artist, he and his family moved to Tasmania in 1994.  However, it was not until 2003 that he moved to the Central Highlands, a place he describes being ‘captured by’ due to its beauty and intriguing history.

To gain entry to the Wall in the Wilderness there is an admission fee.  It is open 7 days a week with some exceptions, including Christmas Day and Good Friday.  Visitors are unable to take photos of the wall and are asked to leave cameras behind.  However, visitors can purchase books which include information and images of the wall.  Once you have viewed the wall, make sure to take some time out in the café before heading to your next stop.

Travelling to the Wall in the Wilderness is easiest by car.  However, there are limited bus services operating through Tassielink on select days. Some tours include a stop in Derwent Bridge as well.

Nearby attractions to the Wall in the Wilderness and Derwent Bridge include the famous Lake St. Clair National Park and Cradle Mountain. Lake St. Clair is Australia’s deepest freshwater lake and you can find a number of world class bushwalks in the area including the Overland Track.

Lake St Clair Lodge Lake St. Clair - Cradle Mountain
Find A Rate
Situated on a lake, this lodge is within 3 mi (5 km) of The Wall in the Wilderness, Walls of…
View More

Highland Cabins and Cottages Bronte Park - Central Highlands
Find A Rate
Situated in the mountains, this hotel is 3.5 mi (5.7 km) from Bronte Lagoon and within 32 mi (52 km)…
View More 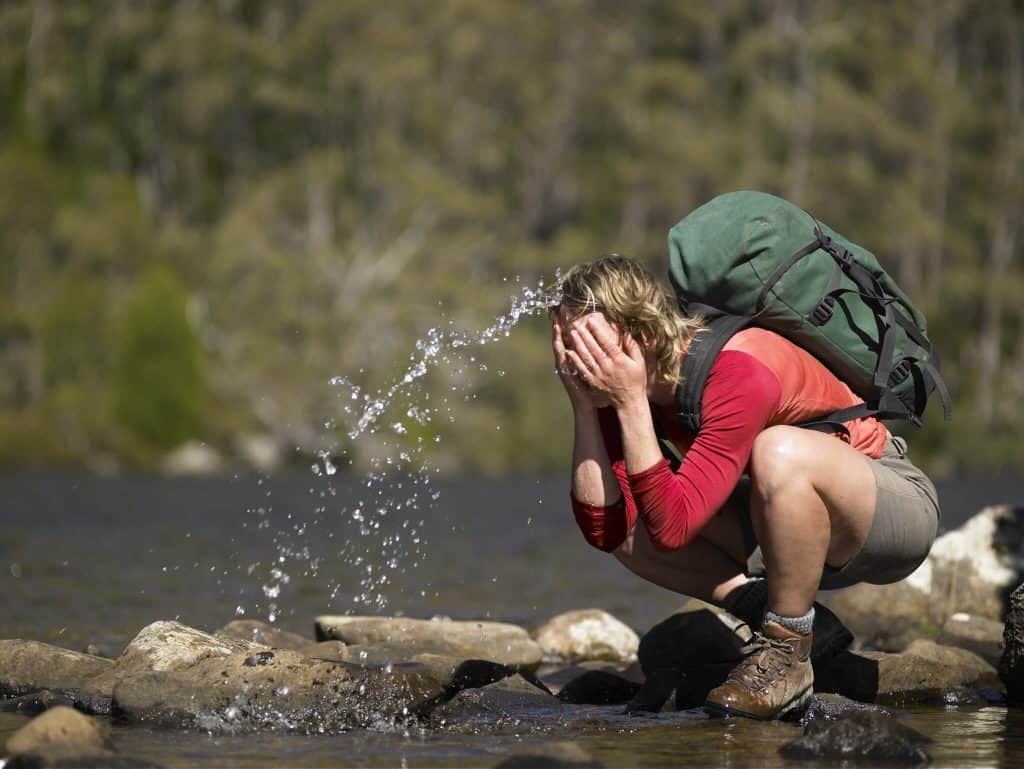 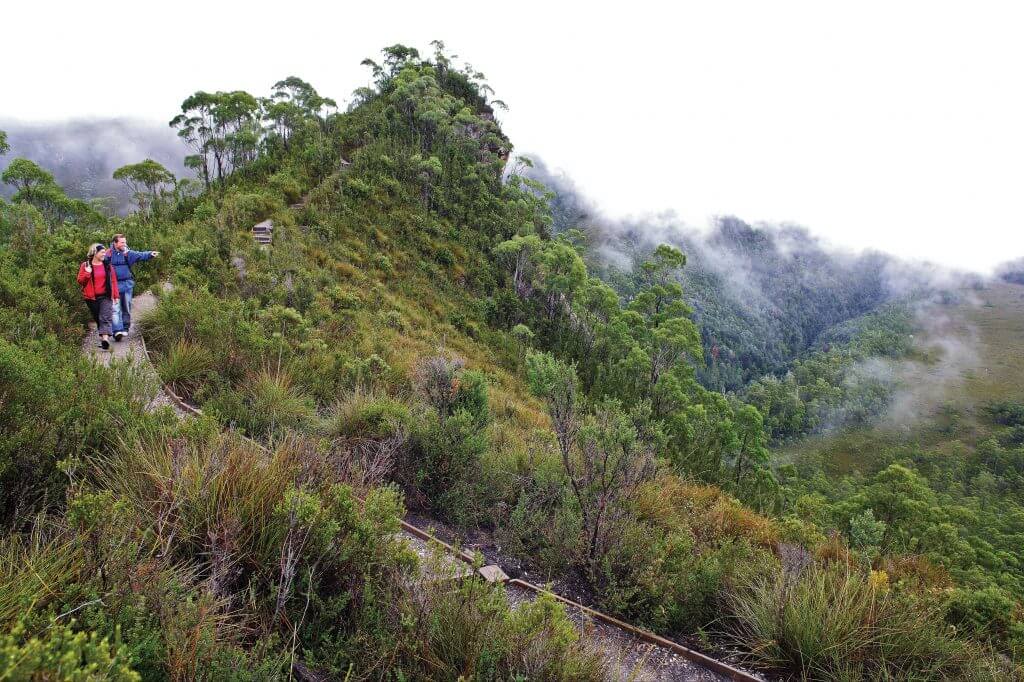